Vrancea county is recognized for the tradition in the production of garments and also the company Simiz Fashion, from Focsani, which has over 20 years experience in the field, being specialized in the manufacture of coats and jackets – very complex products, which go through more. many steps until you reach the shop windows. If at the beginning, the company worked in a lohn regime, so it only provides labor, meanwhile it was passed to the FOB, which also involves the acquisition of raw materials (the most expensive part of the activity), customer relations and product development. Simiz Fashion has modern manufacturing technology, including automatic equipment, dealing with in-house storage and value-added services, to better control the processes, and for the transport of raw materials and then for the distribution of garments, they call on specialized companies, to whom It provides a total of about 300 races per year.

The family-owned company Simiz Fashion, led by Silviu Simiz, was founded in 2014, following the break-up of Pandora Prod, and has grown gradually, starting from 200 employees and reaching 650 today.
As the company manager says, the clothing market in Romania has changed over the last five years, meaning that volumes have a slight increase, sometimes a stagnation, “but it also depends on the clients’ niche. We, as a size, are a top company, with 10 manufacturing lines, with a volume starting from 40,000-45,000 units produced monthly, and we intend to maintain in 2019 the level of the previous year. ”

The training of the employees is done mainly in the factory
Currently, there are no schools to train workers for the garment industry and, moreover, it seems that people tend to flee this area, although the work is not dangerous. Thus, Simiz Fashion has experienced employees, given the tradition of clothing in Vrancea, but also employees who have not previously worked in the field, but were trained in-house and initially worked in areas where the influence on the final product was less, after which they have reached the execution of higher phases with cars or in other departments, such as the technical one, depending on the availability of each one to grow and learn.

The factory also has automatic equipment, especially for cutting – it is also hand-cut, but when it comes to smaller parts, it requires special attention.
Simiz Fashion also has four local subcontractors who work in the lohn system and to whom they provide the materials and patterns, processed, and they deal with effective sewing, ironing, packaging, the final quality control being carried out by Simiz Fashion. As for washing and dyeing, they are done in collaboration with Ready Garment Technology (RGT), at Sfantu Gheorghe.

Fabrics usually come from Europe, and accessories from Asia
When the client places a model it also offers information about what raw material to buy – what type and color of fabrics, what kind of zipper, buttons or label – and provides the template and a sketch after which the product is developed, and again from this moment until the clothes arrive in stores usually take 20-23 weeks. The fabrics, which are generally not in stock, and their production lasts 9-10 weeks, before delivery, they must always be approved by the customer, who will be sent samples, during the sampling stage, along with comments related to the sewing method, its packaging and, if modifications, improvements on the product are necessary, the process is resumed until the final ok for entry into production is obtained, as explained by Laura Neghina, Customs & Trade Compliance Manager at Simiz Fashion.

The raw material suppliers are chosen in 90% of the client cases, and the negotiations are carried out in three, with the participation of the garment manufacturer. The fabrics and linings are mainly from Italy, Spain and Portugal, but sometimes from Japan or China, and the accessories can come from both Europe, and Japan, Hong Kong or China. The only domestic producers in the field are those of yarn and elastic, but there are also few, most of them importing from China.

The transport from Asia can be maritime, and lasts 5-6 weeks, or, in case of emergencies, by air, by fast couriers who, if they do not have activity in the area, subcontract. The quantities are usually small, from 10 boxes of 60x40x40 cm up to a few pallets of fabrics, and the goods in containers are taken over by Simiz Fashion either from Constanta, with their own vat or from Otopeni, if redirection is made and from there it is brought to the factory in its own vat or with a carrier that delivers finished products Simiz Fashion in Bucharest. The variant through Otopeni is more advantageous because the redirection costs little, the customs procedures are simpler than in port, and for the company it is a lower cost than taking over from Constanta port.

Working for about 300 trucks / year

The supply of raw materials from Europe is mainly done by road, and only in case of emergencies by air. The import-export department within Simiz Fashion receives the request regarding the goods and the quantity that is needed, and this one, depending on the budget and urgency, contacts the carriers, companies in Romania or local branches of some multinationals, with which there are long-term collaborations, who have semi-trailers or combs with honeycombs, for garments on hangers, and who know from previous collaborations the details about taking over – who is the supplier, how the goods are packed, how many rolls are, how much they weigh. – which makes the flow very fast.

The choice of carriers is based on costs and transit times, and sometimes the same companies also load the finished products and distribute them in Europe. Regarding the tariffs, Laura Neghina believes that during the last four years there have been no significant variations, although some costs of the operators have increased, following the negotiations reaching favorable values ​​for both parties. In addition, large carriers usually keep their rates, to keep their customers, and do not require renegotiations every time certain costs increase. In contrast, in air transport the situation is different and the costs have increased lately.

For the transport of the confections there are collaborations with Eltra Logis and Ma.Ra Logistic, which have well-marked areas and for the purchase of raw materials, and for deliveries of finished products, and that use trucks of 20 t or smaller vans, depending on the quantity ordered . In addition, there are cases where customers have their operators, globally approved.

The products that come out the door of the Focsani factory reach mainly Spain, Germany and France, but also the USA and Canada. Some customers receive the goods at a central warehouse and redistribute them, while for others the delivery is made directly to the countries where they will be sold.

About 150 trucks with raw materials and packaging arrive in the factory, and almost all of them transport the garments to the final customer, given that the average capacity of a semi-trailer, depending on the type of product, is 4,000 items.

High speed of rotation of stocks in warehouses
The company has two stores for fabrics and accessories, and at their reception it is known for what customer and for what model they are, the registration in the computer system and the departure on the production line being realized by reading the bar codes.
Given the relatively long duration from the order to the delivery of the raw material, it stays very little in the warehouse, a few days, at most a week. The warehouses have a total area of ​​1,000 m2 and it is not necessary to comply with certain temperature conditions, but for the environment to be optimal there should be no moisture. The fabric rolls are stored in racks on levels, and the boxes are kept on pallets.
Regarding the finished products, they are stored in another building, 700 m2, where two handlers and a warehouse manager work. The goods do not stay here for only a few days, at most a week, there are also cases when from the production line it reaches directly in trucks.

Simiz Fashion has an integrated management system ISO 9001, a quality and responsibility system regarding the environment through the implementation of the ISO 14001 standard, and a whole system of procedures and working methods, from procurement to storage and delivery, as well as instructions. workspaces displayed in each area, including how the merchandise is stored.
In the warehouse of finished products, separate from the first two stores, bar code readers are not used, because filters are not as diverse and difficult to apply as accessories.
The storage is done using several filters, the most important of which is the customer, followed by the model, size and country of destination – there can be up to 17 different destinations where the clothes must be delivered, so labeling is made for each country. And if it is delivered for two customers to the same destination, the same truck is used and the loading is done on sizes, from the largest to the smallest or vice versa, never mixed.
As stated by company representatives, Simiz Fashion did not receive proposals from logistics operators to outsource warehousing and value-added services, and anyway “it is better when we control the whole process, this guarantees quality”.

Inais’s own collection, at the beginning of the journey
Simiz Fashion products are not sold on the Romanian market, but the company also has its own collection, Inais, made in collaboration with the designer Ina Isbasescu and available online.
As appreciated by the company’s representatives, the Romanian clothing market has registered a slight increase, and lately a stagnation, “but the quality ensures orders and, depending on the type of customers they are targeting, any manufacturer will find its place on the market. As for us, the Inais collection addresses the middle segment, but also a certain style of clothing. ”
Sales are made in Focsani’s own stores, and in the future it is planned to open a showroom in Bucharest – which is estimated to bring a 25% increase in volumes. 80% of sales are made online, in which case it was necessary to implement an efficient quality management and control system and to hire a person dedicated to the project, paying attention to customers. The delivery is made in Romania through Fan Courier, and abroad (because 10% of the deliveries are external) through DHL, in about five days from placing the order.
And when opportunities and sales channels are found, Inais collection will be available in stores abroad. 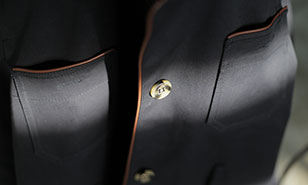 Articol preluat de pe www.traficmedia.ro : English version: Vrancea county is recognized for the tradition in the production of garments and also the company Simiz … read more 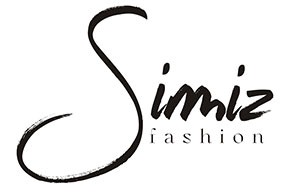 We use cookies to ensure that we give you the best experience on our website. If you continue to use this site we will assume that you are happy with it.OkRead more
© Simiz Fashion